A fasting of sorts

I hope I don't jinx this, but I'm on Day 3 of a spur of the moment decision three days ago to consciously limit when I eat, and to sorta fast for extended periods of time. 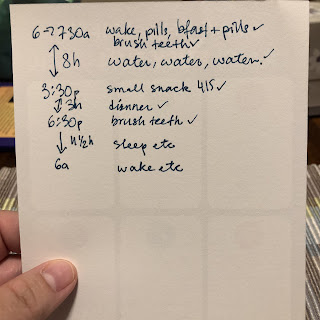 So far so good. Again, I'm on Day 3. I'm cautiously optimistic. This helps me be more disciplined in the middle of the day - hungry? drink water instead! I mean, I KNOW that, but without this structure/goal in place I wasn't doing that, and snacking instead.
I've probably drank more water in the past two days than the past week (I'm atrocious at hydrating), which was also a side goal. Maybe 40 fl oz a day. Still much lower that I should be drinking, but that's okay, it's moving in the right direction. Better than just a mouthful for pills, right?
A key strategy is brushing teeth at 7:30am / 6:30pm, that really helps with talking myself out of snacking, trying to keep my mouth fresh as long as possible :)
Due to some medications I can't go down to just one meal a day, which is where I'd like to end up. This means getting some other health issues under control / eliminated. In the meantime, as I acclimatize to this structure, I can eliminate the afternoon / pre-dinner snack and increase the day fast a little longer.
Lots of moving parts. Glad that I'm moving along with them.
I am proud of myself for starting this up, and for being able to go with it for these few days. Here's to many many more!
Lynne
7:50am
at August 09, 2022 No comments:

The start of school is rearing its head ... and Thing One's supply list was just issued: 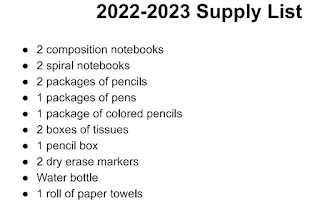 Anxious me can't handle the nebulousness of "packages of pens/pencils" ... can't y'all just give me the number of items instead? At least I know colored pencils come in a pretty standard package (of 10? 12?).

Out of all the items listed, I only need to actually go out and get one composition notebook, and one package of pens.

It's been a while, thanks to a Shamanic Breathwork Workshop last weekend, recovery from that, packing the kids for their extended time with their father, doing the handoff, then finding myself in the kidfree vacuum. 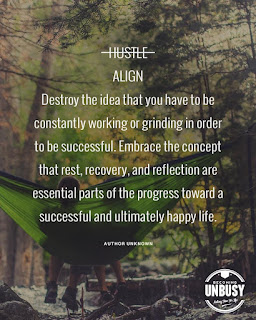 I am happy to report that I am doing well with the non-hustling, although I'm struggling with the alignment part. I'm in a limbo of sorts. I have about a week of kidfree time, and I have some deliverables done, and it's a challenge to not keep asking myself what else I can do while the kids are out of my hair, and to instead just ... chill ... and do this rest, recovery, and reflection thing.
Instead, I am spending a lot of time binge watching the rebooted Charmed series (currently in early Season 3), even as it has gotten rather boring for me. I'm seeing glimpses and memories of Angel as I watch, too. I still want to see it through to the end. Thank goodness there's just this and Season 4 to go, LoL. Then what do I do?
Lynne
7:30am
at July 30, 2022 No comments: 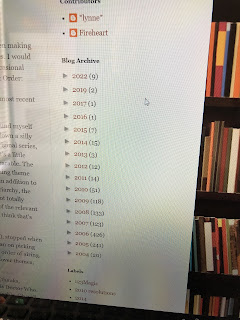 I'm not sure how long I've been doing this, probably about a year: I've been making my way through the entire Law & Order: Special Victims Unit (SVU) series. I would check IMDB and hop over to the relevant Chicago P.D. episode for the occasional crossover refresher. Sadly, peacock doesn't have the first season of Law & Order: Organized Crime available, so I have missed out on some additional details/background once Detective Stabler was back in town. I'm on the most recent season (23!!) of SVU now, almost all caught up.

Perhaps sensing that I was winding down my SVU journey, I recently found myself randomly searching Netflix for something to watch... and have started down a silly rabbit hole: Charmed! Now, I might have watched one episode of the original series, so I am not going to pretend to compare this reboot with the original. It's a little campy, many characters seem two-dimensional, but it's surprisingly bearable. The magic aspect amuses me to no end, and I like how there's this overarching theme running through at least the first season (I'm about halfway through) in addition to the demon of the week issue. I do appreciate the calling out of the patriarchy, the non-straight relationships, and non-white main characters. This reboot totally embraces current technology, and often has the girls taking pictures of the relevant page of the Book of Spells, and reading the spell off of their phones, I think that's just funny and awesome combined.

I used to watch the One Chicago series (Chicago Fire, P.D., and Med), stopped when we moved, but I'm assuming they are also available on peacock; I plan on picking up where I left off for these three. The challenge is to watch them in order of airing, rather than picking one and watching straight through; lots of crossover themes, right? I'll probably start this once I'm done with SVU.

I don't have a DVR / access to anything streaming except peacock (thanks, Xfinity/Flex!) anymore since we moved, and the only thing I miss is Doctor Who. Watched the first season with Jodie Whitaker, then no more DVR/cable. Oh well, one day I'll be able to catch up again. I'd start at the reboot / Nine again, though, I need a refresher :) "Are you my mummy?"

No I don't think about tv all day, nor do I watch it all day. However, this is how I unwind once the kids are in bed: I watch between 1-3 episodes of SOMEthing before I myself turn in. More recently (read: the past couple of days) I've taken to sneaking in an episode of Charmed on my phone during the day when both kids are otherwise occupied and I would otherwise spend the time doomscrolling on FB. I do have some summer deliverables, though, so I need to get on that too.

Email ThisBlogThis!Share to TwitterShare to FacebookShare to Pinterest
Labels: TV+Movies

Woke up this morning to "That Thing You Do!" by The Wonders playing in my head.

I'm know I had dreams too, but don't remember them, which is usually par for the course. Sometimes I have the most vivid dreams, but they are few and far between.

The first dream I ever remember remembering was back as a teenager, I dreamt about Michael J Fox doing stand-up comedy, and his stage name was so funny that when I woke up I immediately scrawled it into my diary, and that's the only reason I can still remember it today: Runt McSize!

Other dreams have involved me being trapped in the back seat of a moving car. In an earlier one from 2018, I contemplate opening the door but can't, even as I'm screaming on the inside bc my son is in danger. In a later one (2020?), it's different circumstances but there I am in the back seat needing to get out, and I do, pulling my son's blanket around me for protection as I throw myself out. A more recent dream this year had me in charge of my own car, yay! Back in June 2020 I even had a premonition --clear only on hindsight-- of the fate of my marriage/relationship with my then husband. I also had a convoluted dream with a guest appearance by Joe Biden.

I attend a Dream Circle every once in a while, not only to bring my dream to share, but to just participate in listening to others' dreams, and sharing what they might mean to me, in my imagined version of the dream. It is here that a flash of a scene --searing broccoli but needing to leave-- can still be explored and deep meaning teased out of it.

Everything in dreams are an aspect of yourself.

It's validating, going from helpless in a car, to driving my own car, it says a lot about development of my sense of self over the years.

We have entered Phase III of summer break.

Phase I was the first 1.5 weeks after school let out for the summer. I didn't attempt to drag the kids out to parks or anything, we all just kinda chilled with screens, all of us recovering from school in our own way.

Phase II was the following four weeks where Thing One (referred to as Nova in old posts) attended an extended school year (ESY) four days a week. External demand and structure helped with a routine of sorts.

And now Phase III ... ESY is over, and school starts in a month. I have them for a week, then their father has them for about 10 days of vacation, then I get them back for another 2 weeks before school starts up again. Not much time to settle into much of a routine before things get changed around.

I'm both dreading and looking forward to school starting up.

Looking forward: I work when the kids are in school. I took the summer off because we've had issues with daycare albeit when they were younger, but this mama has a rather catastrophic view of the world, so I hesitate at sending them back into daycare. Also, they are aging out of daycare anyway, yikes! An hourly  in-home sitter would cost an arm and a leg. So my solution for this summer was to take the summer off. Perhaps another solution can pop up before next summer. I'm looking forward to earning a living again and addressing my financial worries and woes.

A fasting of sorts

I hope I don't jinx this, but I'm on Day 3 of a spur of the moment decision three days ago to consciously limit when I eat, and to s...

Hop On! Fans of Life After Work